I had a great few days out fishing in early spring, with nice fishing weather, overcast with some slight winds which meant great fishing conditions.  A nice few fish caught during the week with the best ranging from 85cm, 100cm, 105cm,108cm and the biggest of the week which was 109cm, just over 12 kilo. All pike were caught casting lures and released back to fight another day. 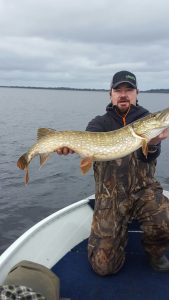 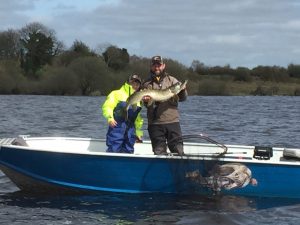 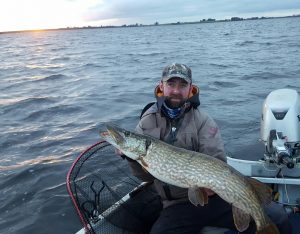